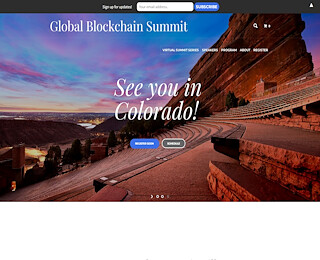 Distributed ledgers based in blockchain offer security and control. Hashgraph seeks to secure ledgers through a cutting-edge algorithm. Learn more at the hashgraph conference in Westminster, Colorado on October 3 and October 4, 2019. The Global Blockchain Conference places visitors in the epicenter of a budding community.

What security problems exist in blockchain?

The initial release of cryptocurrencies proceeded much buzz about a platform that was free from attacks. Even today, organizations promote the blockchain as being relatively secure.

However, most attacks today do not occur by breaching code. Social engineering, backdoors, and the release of passwords and usernames pose a more significant risk than even a brute force algorithm. Security researchers can find and reduce the number of exploits in a program, but it is nearly impossible to avoid the human factor.

For this reason, blockchain is not entirely secure. When a critical number of nodes in the system are breached, information becomes readily available. Hackers can now exploit the blockchain nearly as easily as any other system once considered entirely secure.

Hashgraph attempts to create a more secure blockchain. If less than one-third of participants are compromised, information is theoretically secure.

Security is achieved through the Asynchronous Byzantine Fault Tolerance algorithm. This does not mean that hashgraph is entirely secure but does pave the way for a gold standard of security in blockchain.

Is it harder to hack hashgraph?

As long as the underlying algorithm remains unbroken, hashgraph-based blockchains are relatively more secure than those using other methods of security. Nothing is entirely secure. This mindset is one our conference seeks to break in order to advance understanding and the path to a relatively better technology.

Hashgraph is about deterrence. This algorithm avoids unwarranted access even when a low number of nodes are compromised. Malicious actors must access a much larger part of the system to gain access to information.

Making hacking harder creates a more secure blockchain. The hashgraph algorithm vastly improves the security of the system. Security is not about creating an entirely unbeatable algorithm.

The Global Blockchain Conference seeks to create a better understanding of how algorithms such as hashgraph create a better technology. We want you to learn and help the community grow and evolve.

Building understanding through sharing and learning

No technology grows in a vacuum. As an open-sourced initiative at its heart, blockchain thrives on community. Our algorithms and technologies are made better through understanding.

Conferences seek to grow a working body of knowledge. This helps create standards and generate a community that makes progress.

If you are interested in helping build the blockchain and about the security of hashgraph, the Global Blockchain Conference in Westminster, Colorado is a must-visit. Our speakers build knowledge on a range of relevant topics within an atmosphere that promotes networking and relationship building.

Get to know the blockchain on October 3 and October 4 this year. Visit your website for more information.