Physical possession of real bullion is a refreshing departure from the complex investments in the headlines today.

A welcome change from all the dollar-denominated, paper assets that fill our investment portfolios, physical bullion provides the balance and diversification that smart investors today know is critical to a successful investment strategy for the long term. 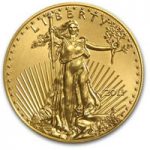 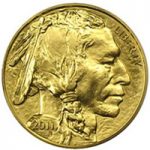 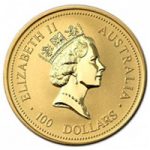 The Australian Gold Nugget is a gold bullion coin minted by the Perth Mint. The coins have been minted in denominations of 1/20 oz, 1/10 oz, 1/4 oz, 1/2 oz, 1 oz, 2 oz, 10 oz, and 1 kg of 24 carat gold. With a legal tender status in Australia, they are one of few bullion gold coins to change their design every year. This and their limited annual mintage may, unlike for many other bullion coins, raise their numismatic value over the value of gold used.
Austrian Philharmonic 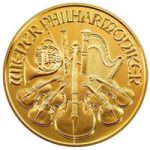 First produced in 1989, the Austrian Gold Philharmonics were said to be the best selling gold bullion coin in the world during 1992, 1995, and 1996. After viewing the beautiful artwork on either side of the coin, it is obvious why. These coins were designed and created with the intention of honor the Vienna Philharmonic, one of the world’s greatest orchestras. One side depicts the Golden Hall’s great organ located in Vienna’s Musikverein Concert Hall; the home of the Vienna Philharmonic. The other side displays the 2000 Schilling face value, mintage date, weight, and its purity which is .9999 fine.
Canadian Gold Maple Leaf Bullion 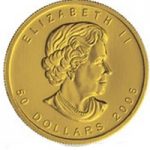 The Canadian Gold Maple Leaf is the official bullion gold coin of Canada, and is produced by the Royal Canadian Mint. The classic design of the gold Maple Leaf coin is virtually unchanged from its introduction. The bust of Queen Elizabeth II appears on the obverse side of the coin, gracefully aging across various vintage coins in a design by Arnold Machin. Several other small changes can be found. The reverse depicts a single Canadian Maple Leaf, the national symbol of Canada. The finely detailed design has a proof-like strike.
South African Krugerrand 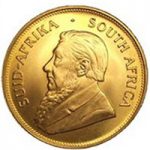 The Krugerrand features the first President of South Africa, Paul Kruger. He is framed by the name of his nation South Africa in two of its eleven official languages, Afrikaans and English: “SUID-AFRIKA, SOUTH AFRICA”. Designed by C.L. Steynberg, the obverse is a South African antelope, known as the springbok. Listed on this side is the issue date, the denomination, and purity of gold. The Krugerrand is primarily minted for trade outside of South Africa, and does not carry a face value. South Africa is the world’s largest producer of gold and the mint is never at a loss for the precious metal.
Austrian Gold Corona 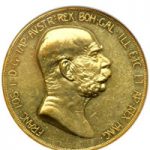 The Austrian 100 Corona had been in regular production at the Austrian mint from 1908 to 1914. Later the coin was issued to commemorate the reign of Franz Joseph. The front bears the profile of Franz Joseph I, the Austrian Emperor 1848-1916. The reverse displays the Austrian Coat of Arms, a double eagle with crown.
Chinese Gold Panda 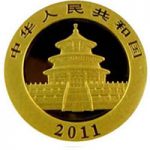 One of the most successful bullion coins of the 1980s, the Republic of China’s Panda series was met with a warm response in the US due to the adorable panda images.  Regardless of the market price of gold, the Chinese were able to build up a steady demand for the coin by changing the design annually. Issued by China at a higher percentage over the actual gold price than standard bullion coins, Gold Pandas are pioneered as the ideal modern collectible/bullion coin.
Mexican Gold 50 Pesos 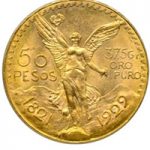 The Mexican 50 Pesos gold coin is strikingly beautiful. The obverse of the Mexican Gold Coin 50 Pesos has an image of Winged Victory, with a laurel wreath in her right hand and broken chains in her left. Two famous Mexican volcanoes, Popocatepetl and Iztaccihautl, rise in the background
Credit Suisse Gold Bar 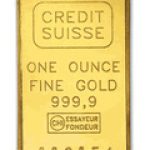 Backed by the world renowned Credit Suisse Bank of Switzerland, these conveniently sized 1 to 10 gram gold bars are guaranteed .9999 pure. Each 24-Karat Suisse gold bar is stamped with its exact weight and gold purity and bears the Credit Suisse logo, an internationally recognized symbol of quality and sound provenance.
Pamp Suisse Gold Bar 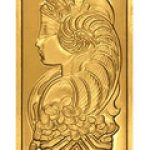 Pamp Suisse gold bars carry a low premium over spot gold. These 100 Gram bars, are engraved with a serial number, and accompanied with an official PAMP certificate of assay with matching serial number. They are recognized around the world as a standard trading medium and are therefore very liquid. Each has an industrial finish embossed with the PAMP hallmark, purity and content with an engraved serial number and accompanied with an assay card.
American Silver Eagle 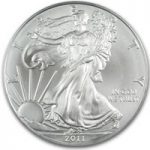 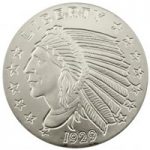 Silver bullion rounds are the perfect way to buy silver. They are easily bought, sold, stacked, stored and counted. You’ll find mint fresh, beautifully struck, one ounce silver rounds from a number of dealers in .999 fine silver. They are hallmark stamped with their exact weight and purity.
Australian Silver Koala 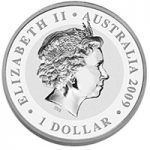 This coin features one of the most recognized symbols of Australia, their beloved tree-dwelling marsupial. The coin is struck by The Perth Mint from one ounce of 99.9% pure silver in specimen quality. As one of Australia’s national icons, these koala coins are beautifully struck in pure silver and are available in one ounce sizes.
Austrian Silver Harmonic 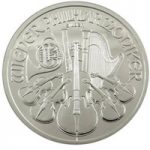 The silver Vienna Philharmonic is a legal tender coin minted by the Austrian Mint in Vienna. This beautiful silver bullion coin was introduced in 2008. It offers the option of owning silver denominated in the euro (1.5) and the security of owning .999-fine silver. It’s the first silver bullion coin that is denominated in euros. Minted by the Austrian Mint in Vienna, the Austrian Philharmonic Silver coins are .999 pure silver.
Canadian Silver Maple Leaf 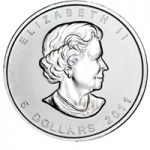 The Canadian Silver Maple Leaf is a silver bullion coin issued annually by the government of Canada. The coin has been minted by the Royal Canadian Mint since 1988.The face value of the 1 oz coin is 5 Canadian dollars, the highest among international silver bullion coins. During the month of February 2008, the market value of the coin was approximately 20 Canadian dollars. The purity of the coin is 99.99% silver, also the highest among other bullion issues which have a 99.90% standard
American Eagle Platinum 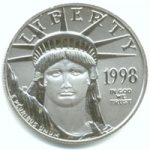 Platinum Eagles are one of the most popular ways of buying platinum bullion. The Platinum Eagle comes in a full one ounce as well as fractional sizes of 1/10, 1/4 and 1/2 oz and is also made in Proof by the Mint. production started in 1997 and most issues are worth a small percentage over platinum spot.
Maple Leaf Platinum 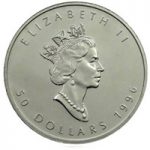 In 1988, the Royal Canadian Mint issued a new platinum bullion coin to complement its gold and silver offerings, the .9995 fine Canadian Platinum Maple Leaf. The Royal Canadian Mint’s insistence on using only the finest planchets, or coin blanks, in minting these coins has made the Platinum Maple Leaf the standard against which all other platinum bullion coins are judged.
Koala Platinum Coin 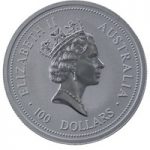